Existing state-of-the-art methods for Video Object Segmentation (VOS) learn low-level pixel-to-pixel correspondences between frames to propagate object masks across video. This requires a large amount of densely annotated video data, which is costly to annotate, and largely redundant since frames within a video are highly correlated. In light of this, we propose HODOR: a novel method that tackles VOS by effectively leveraging annotated static images for understanding object appearance and scene context. We encode object instances and scene information from an image frame into robust high-level descriptors which can then be used to re-segment those objects in different frames. As a result, HODOR achieves state-of-the-art performance on the DAVIS and YouTube-VOS benchmarks compared to existing methods trained without video annotations. Without any architectural modification, HODOR can also learn from video context around single annotated video frames by utilizing cyclic consistency, whereas other methods rely on dense, temporally consistent annotations.


3D Segmentation of Humans in Point Clouds with Synthetic Data 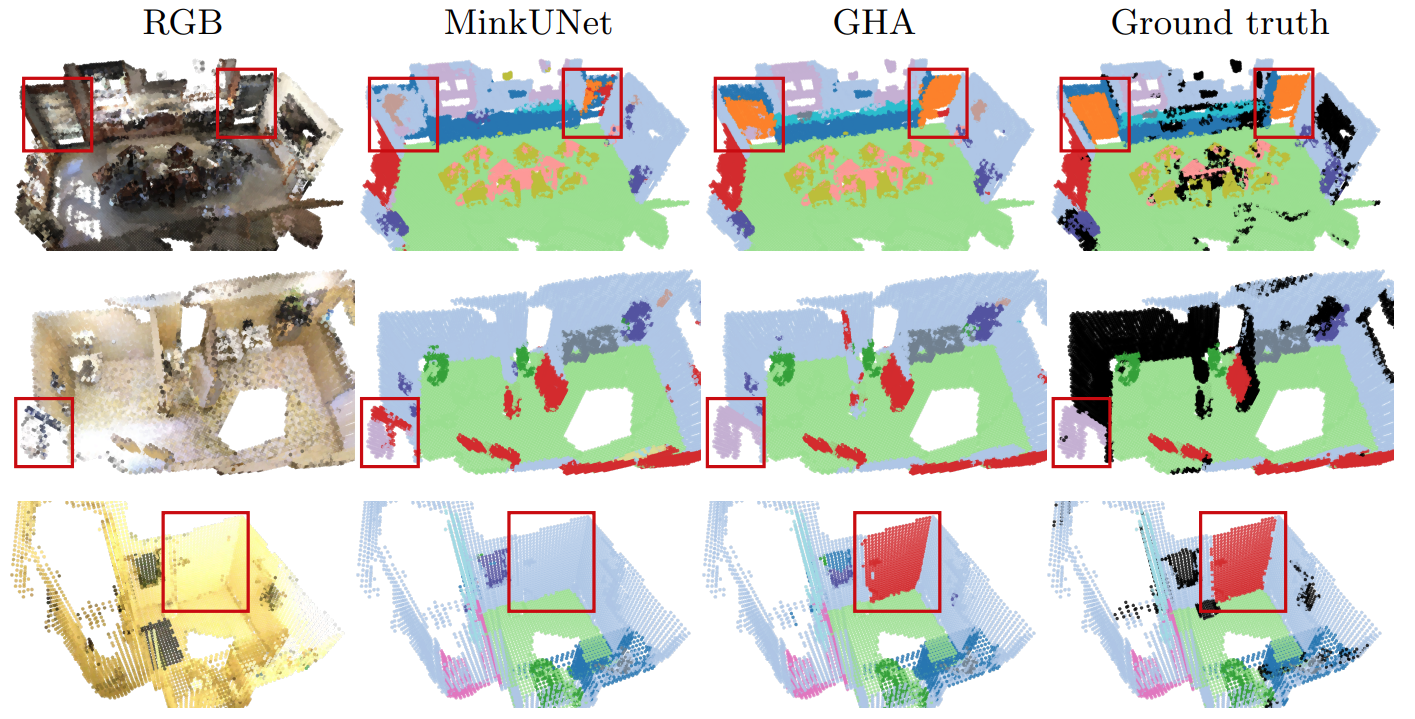 Transformers have become prevalent in computer vision due to their performance and flexibility in modelling complex operations. Of particular significance is the ‘cross-attention’ operation, which allows a vector representation (e.g. of an object in an image) to be learned by ‘attending’ to an arbitrarily sized set of input features. Recently, ‘Masked Attention’ was proposed in which a given object representation only attends to those image pixel features for which the segmentation mask of that object is active. This specialization of attention proved beneficial for various image and video segmentation tasks. In this paper, we propose another specialization of attention which enables attending over ‘soft-masks’ (those with continuous mask probabilities instead of binary values), and is also differentiable through these mask probabilities, thus allowing the mask used for attention to be learned within the network without requiring direct loss supervision. This can be useful for several applications. Specifically, we employ our ‘Differentiable Soft-Masked Attention’ for the task of Weakly Supervised Video Object Segmentation (VOS), where we develop a transformer-based network for VOS which only requires a single annotated image frame for training, but can also benefit from cycle consistency training on a video with just one annotated frame. Although there is no loss for masks in unlabeled frames, the network is still able to segment objects in those frames due to our novel attention formulation.